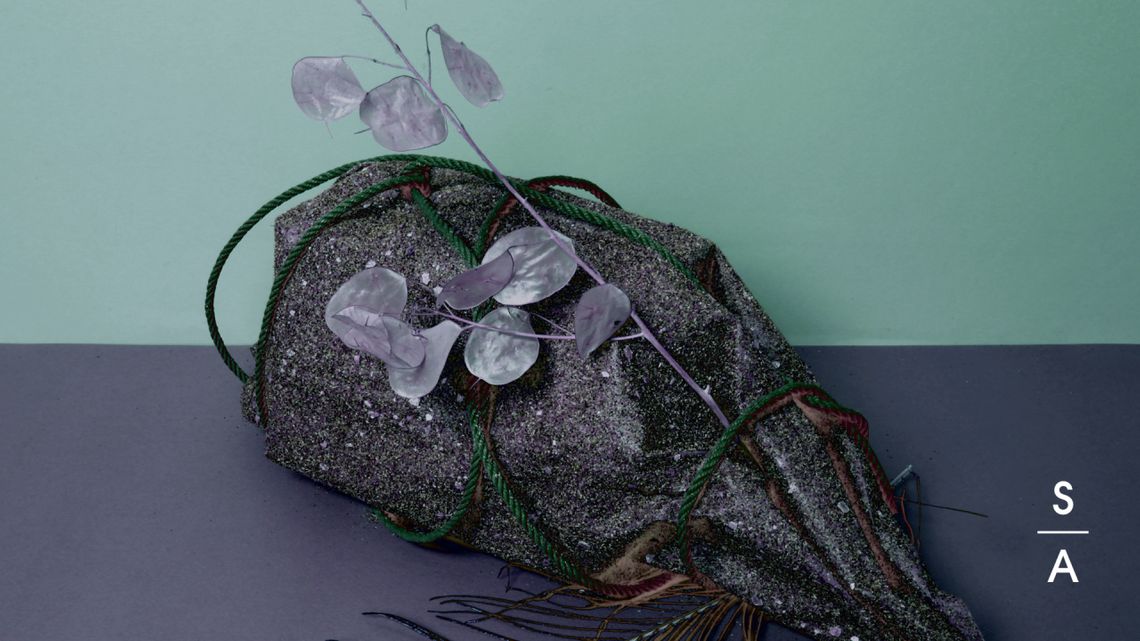 [Texte disponible uniquement en anglais] The most refined and innovative contemporary sound unified to the digital art, a splinter of electronic that meets the pop avant-garde, folk hand in hand with rap. The Roman spring blooms with contaminated and experimental sounds, in the name of artistic quality and international research. This is the artistic identity of the VIII edition of Spring Attitude - International Festival of electronic music and contemporary culture – that returns to the Capital from 25th to 27th of May strengthen by the 12.000 attendees of the previous edition.

Two are the outstanding locations of this...[Texte disponible uniquement en anglais] The most refined and innovative contemporary sound unified to the digital art, a splinter of electronic that meets the pop avant-garde, folk hand in hand with rap. The Roman spring blooms with contaminated and experimental sounds, in the name of artistic quality and international research. This is the artistic identity of the VIII edition of Spring Attitude - International Festival of electronic music and contemporary culture – that returns to the Capital from 25th to 27th of May strengthen by the 12.000 attendees of the previous edition.

Two are the outstanding locations of this year: the prestigious MAXXI – National museum of the XXI century Arts, conceived by Zaha Hadid, confirmed for the third consecutive year, and the Guido Reni District, a precious regeneration project of industrial archaeology, now space dedicated to art and creativity.

A festival that talks about “Spring” and occurs during springtime, it begins with the electronic music and the club culture, and leads to an “elsewhere” of innovative and thrilling results; with a focus on the new forms of digital art due to SPRING +ON, which will enchant the audience with live performances, interactive installations and perceptual experiences of sounds, visions and space.

Without discarding, on the one hand, the usual formative activities committed to adults, made possible by the institutional and cultural partnership with RUFA - Rome University of Fine Arts, and on the other hand the activities for the little ones, in collaboration with Mondo Digitale Foundation and Studio Lord Z.

Spring Attitude 2017 is like its artwork, made ad hoc by Studio Lord Z (Rome): “An adventure into the enigmatic and psychedelic world of Still Life”, a journey between unveiled forms from every corner of the world, in clear opposition but effective integration and inspiration. Three days dedicated to the cultural and creative exploration, between new realities and leading characters of the international scenario, for a refined artistic and multimedia experience, which have always characterized the festival.

Even during this edition the Festival brings to Rome icons of the contemporary electronic international scenario. Jon Hopkins, trusted man of Brian Eno and sound engineer for Coldplay, one of the most celebrated producers of the last decade; and Nathan Fake, one of the most praised artist of the global scene, presents in Rome his last and celebrated album Providence, coming in from the United Kingdom. Max Cooper will accompany them, spiritual guide of an audio and video journey that unveils a music characterized by cybernetic skin but with human heart.

Among the main partners, this year arrives Jägermeinster that signs the main stage, Nastro Azzurro, and after the fruitful collaboration of the past editions the cooperation with Red Bull Music Academy is strengthened, thanks to a whole stage dedicated to the exploration of endless trajectories generated by the hip hop culture, from the old school sounds to jazz funk and the new afro trends.

Among the RBMA stage performers, Romare arouses particular expectation for his come back to the festival, which during the 2015 edition inflamed the audience with an incredible set. Another precious return is Clap Clap!, a great opportunity to listen live his new amazing album A thousand skies, that has just been released and is already a cult.

Always on the Red Bull stage, for the first time at the Festival, arrives the genius of the French new music scene Christophe Chassol, originally from Martinica, devotee of the three-dimensional music. The cosmic jazz-funk is the signature of the Yussef Kamaal duo, starting from the suburbs of London, became one of the gems of the Brownswood of Gilles Peterson, thanks to his first album “Black Focus” released this winter.

Tommy Genesis is born in Canada but has been adopted by Atalanta: from the diverse activities she is a model and visual artist; however she is mainly “fetish rapper” (as she defines herself) due to her desecrating approach to tackle themes related to sex, perversion and religion.

From California arrives Nite Jewel, with the shade of her noble and refined synth-pop from the ’80’s; the South African GQOM OH feat. Nan Kolè & Mafia Boyz; from the UK the queen of the British rap Lady Leshurr and Forest Swords, which has collected enthusiast reviews from periodicals like Pitchfork, FACT, The Guardian and is releasing the new album Compassion on the 5th of May; from Dublin the young Bonzai.

Kansas City, Missouri, in the middle of the bible-belt: for sure this is not a place that is familiar to the club culture, however it is the place where Huerco S. comes from; while originating from Tel Aviv but living in Berlin there is Moscoman, an artist able to combine in a unique sound techno, house and new wave with the rhythms of the East.

The Italian flag is brought by Drink to me, the band is lead by Cosmo, which is back from a tour across Italy characterized by a wide number of sold out; and Wrongonyou, alias Marco Zitelli, from Rome born in 1990. Disclosure of the Italian independent scenario, he already shared the stage with artists like Radiohead and Sonic Youth.

Along with them the project IISO signed by Luca Tommasoni e Roberto Tagliabue from Como: this is a real “music for images” that unifies pop, electronic and science of sound, everything applied to precise and geometrical structures of composition. They will perform in a transparent cube recreated by 3d projections. Always made in Italy and assembled by Sergio Tentella e Daniele Sciolla, the project Elephantides. Born from the idea to combine electronic and acoustic sounds employing synthesizers, drums and objects that are not of musical origin, they are a duo on the continuous research of a world of sounds that could combine these realities thanks to their experience at the conservatories, clubs and Jazz centres.

Among the most elegant digital artists, also Giuseppe Guariniello, better known as Mutech, joins Spring Attitude. He presents “Sound of the Spheres”: an immersive environment where the perception of the individual is altered by sound and light.

Directly from Scandinavia, Swedish Sailor &I. and Norwegian Jenny Hval will be performing. Hval, class 1980, had gained the press’ attention with her latest effort “Blood Bitch”, released in September. Being among the best 2016 albums according to the Independent and the Guardian, and among the 20 best American albums according to Pitchfork, “Blood Bitch” is a masterpiece of electronic avant-garde and experimental folk that culminates in an intense concept album. The line up is further enriched by the English artist Powell, Austrian artists Radian (who count Howe Gelb among the main collaborators) and Canadian artists Suuns, a project started in 2007 in Montreal to challenge indie rock and electro crossovers.

As for the SPRING +ON section, the interdisciplinary project directed by Caterina Tomeo deals with the contemporary culture main themes, with particular emphasis on the generational differences related to new languages. During the 25th of May, Grisha Lichtenberger, sound and installation artist from the popular German label Raster – Noton, will be live performing at MAXXI by introducing the new album Spielraum | Allgegenwart | Strahlung. In the Museum’s courtyard, the MODUL.IOR interactive installation will be presented: a shimmering experience, where the spectator becomes the catalyst between atomic distributions, golden ratios and refraction indexes. The installation has been conceived by the Roman group AIRA!, who has already directed the Festival’s visual effects since the first edition and this year introduces an ad hoc project. Moreover, one of this year’s greatest innovations will be focusing on the artworks of RUFA – Rome University of Fine Arts’ students, whose experimental projects will be displayed at the RUFA SPACE exhibition site at the Pastificio Cerere in San Lorenzo, from 25th to 27th of May.

The “Education Section”, directed by Caterina Tomeo and initiated in 2016 thanks to the collaboration with RUFA, returns with four workshops that will take place at the Pastificio Cerere in San Lorenzo and Fondazione Mondo Digitale. The aim is to encourage the knowledge of visual arts and its relation with new media, throughout didactic pathways for the various types of public. The 20th of May laboratory “Walking from Scores” curated by Elena Bisegna is conceived for an adult public (including students, creative people and designers), as well as the “GIF DA PANICO” workshop that will be directed by the group Alterazioni Video during the 24th of May. For the younger public (6-13 years), the workshop “Sound Art Through Robotic” will take place during the 24th of May, and will be directed by the Fondazione Mondo Digitale, a new partner of the formative activity, along with the “KIDZ & LORDZ” workshop directed by the STUDIO LORDZ during the 27th of May.

Thanks to its line up, Spring Attitude proves once again in 2017 to be one of the most important international events dedicated to electronic music and avant-garde pop. A solid reality that during its past editions has hosted, among the others, standing artists such as Air, Apparat, Four Tet, Disclosure, Siriusmo, Modelselektor.

Also during the preview of the festival on the 20th of May at Ex Dogana in Rome, SPRING +ON and great music will be displayed: with the German Danilo Plessow aka Motor City Drum Ensemble and the fascinating visual experimentation of Nonotak Studio, the duo composed by the illustrator Noemi Schipfer and the architect Takami Nakamoto, which will perform the light and sound performance “Shiro”. The dj-set of Abstraxion e Chrissy, the electro-pop lives of Yombe, iLinx and the host S/A Soundsystem will close the preview.

Spring Attitude has been patronized by the Rome Capital City Hall, with the collaboration of MAXXI - National Museum of XXI century Arts in Rome and with the support of: Ambassade de France en Italie, Institut français Italy, the Austrian Forum of Culture, the cultural Office of Israel Embassy, the Embassy of the Federal Republic of Germany.