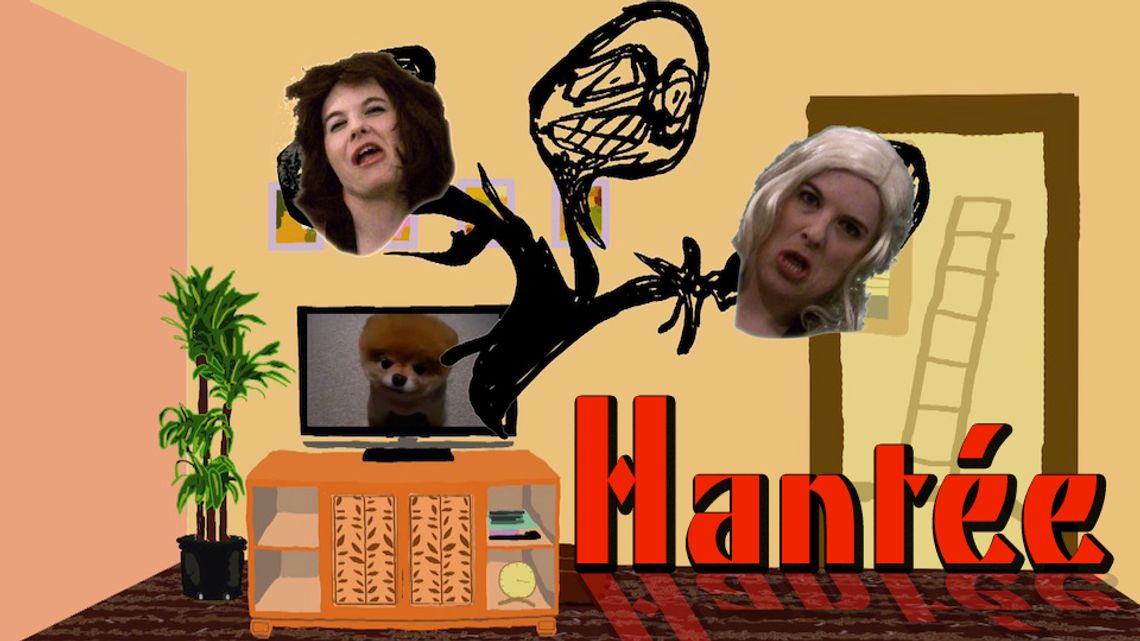 [Texte disponible uniquement en anglais] Haunted is an experimental performance piece which incorporates me live and video projected onto me. It is about the fear and anxiety which haunts us.

It will be performed for the first time on 29/03/13 in Paris (which is why I have only provided a video still, and not an image of myself performing with it). My other performance and video work can be found on my website at cassandratytler.com

My performance work involves myself performing in front of the cinema screen, interacting with the images that are being projected onto the screen and my live self. This is time-based piece, where images are carefully placed on the screen in reference to where I am standing as the live performer, so that there is a direct interaction with the projected and the “real”, creating the illusion that everything is happening “live”.

To further play with the illusion of the “real” and “unreal”, the “live” self and the projected self, my image is projected onto the screen, mimicking the “real” person standing in front of the screen. I play a number of different characters as part of my performance, all of who will also be seen on the screen and interact with one another.

A video projector and speakers which I can plug directly into my laptop.
A screen or white wall to project onto.
It is important that the projection reaches the ground, as I will need to stand in front of it.
I need about 20 minutes to set up, to put markers on the stage and to adjust the image to my height.